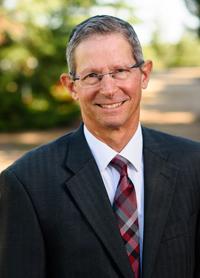 Zev Bar Eitan brims with passion for Abravanel when he speaks. As scholar-in-residence and lecturer, he has toured extensively throughout Israel, the U.S.A. and Canada.
Contact Zev about visiting your community.

We’re not supposed to say it. But for many people it is true. They have their favorite parshios of Chumash, and their not-quite favorites. The latter begin, for some, this coming week. Nothing wrong, chas v’shalom. It’s just that some have a harder time getting into a parshah without a story line, and dramatic action has all but come to an end for Chumash Shemos.

Help is available. The Abarbanel is one of the most exciting tools to making any parshah come alive, because he takes a stab at filling in so many of the missing details in the text. He is often disregarded, however, because his treatment is so long.

Keeping “Abravanel’s World of Torah: A Structured Interpretation- Shemot Vol. II, Assembled at Sinai” on your desk for the next weeks will make the second half of Chumash Shemos a more valuable experience.

A good introduction [to Don Yitzchak Abravanel] one of Judaism's great thinkers.

Rabbi Zev Bar Eitan makes a significant and necessary contribution to biblical scholarship with this continuation of his acclaimed book on Abravanel on Genesis because Isaac Abravanel (also spelt Abarbanel) was an incisive interpreter of the Bible.

Rabbi Yitzchak Abarbanel (Abravanel) lived at the end of the time of the Spanish Rishonim and his books reflect his end-of-an-era status. He dutifully surveys the opinions of his predecessors before critiquing them and offering his own brilliantly creative interpretations. Like many Spanish Torah scholars, the Abarbanel had a sustained interest in philosophy, language and the literal meaning of the Bible. Therefore, his Torah commentary in particular is an adventure in medieval thought, with the Abarbanel mediating a battle between the greatest minds and offering his own substantial contributions. However, while his expansive commentaries are fascinating reading, they are often too long and too technical for the average reader.

Zev Bar Eitan has devised a creative way to redeem Abarbanel for the masses. With ample literary talent, Bar Eitan retells the story of the Book of Genesis based on the Abarbanel’s commentary. A careful reader will find many hidden interpretations in the simple prose, the fine details of the story as understood by the Abarbanel. Additionally, Bar Eitan offers tastes of the dramatic philosophical debates that the Abarbanel conducts, replacing the lengthy proofs with a summary accessible to contemporary readers. The result is a unique and exciting trip through Bereishit and its medieval commentators.

Every so often a translation comes along that not only gives the reader an accurate understanding of the original writer’s thought – but the translator redefines the norm of what to do in a translation. Reb Zev Bar Eitan’s Abravanel’s World of Torah is just such a work. It is not a literal translation of the Abravanel’s classic commentary on Chumash – it is more like a restatement.

The Abravanel lived between 1437 and 1508 – a transitional figure between the Rishonim and the Achronim of Biblical commentary. The great Roshei Yeshiva and Baalei Mussar of the Slabodka tradition have used the Abravanel in their Shmuessim. But for some reason, their Talmidim have not.
Why not? Because, truth to tell, it can be confusing in the “instant coffee” generation of Chumash consumerism. The Abravenel’s depth and profundity lie behind layers and layers of questions that the contemporary reader does not wish to trudge through.

Enter Reb Zev Eitan. Clearly, he is an experienced teacher and is attuned to what makes the modern student tick and what resonates with him (or her).

The restatement involves two ideas. Firstly, he is able to unfold many latent processes of understanding in the work of this remarkable Rishon – that the ordinary reader might have missed, but upon second examinations attuned to the subtleties in the Abravanel’s wording are definitely there. This is one extraordinary aspect of this translation.

A second aspect of the translation is the couching of the thoughts and concepts in the contemporary vernacular – but without diluting or changing the Abravanel’s thought. This serves to speak to the modern reader, bringing the text to life. An example? On page 61 he describes Adam HaRishon’s errors.

Man was his own undoing. His gross misapplication of creation’s purpose beset great potential. He failed to thrive. Big time.

The vivid imagery that Reb Zev employs does serve the Abravanel well.

“Comprised of equal parts of dust and eternal soul, he chose dust. Choice carries consequence and Adam slunk, soiled.”
A second example, with the Akeidah of Yitzchak:
Binding and offering of Yitchok set a monumental precedent. Human reason needs to temper ideas and notions, subjecting them ultimately to the Torah and highest reason: that latches man to Hashem’s altar.
The eloquence of the translator here imbues the work with new life. It is a work that cannot easily be put down. I highly recommend this translation to anyone who wishes to enter into the depth of the Abravanel’s thought processes. And personally, I cannot wait for the next volumes to come out.